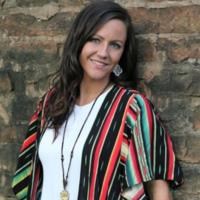 Ashley was born July 24, 1986 in Fort Worth, Texas to Douglas Kevin Jones and Rhonda Michele Sonnenburg Jones. She graduated from Lipan High School in 2005 and then attended Weatherford College and Cisco Junior College.  While in high school, she was involved with the 4-H, FFA programs, cheerleading and played softball. In 2008, she was married and had two sons, Carson and Branson.  Ashley was a stay at home mom and enjoyed spending time with her children.  In 2021, she became engaged to Bray Chambles and was to be married in November.

Ashley was employed in the livestock veterinary industry throughout her life.  Her favorite pastime was cooking, attending rodeos and livestock shows with her children.  Ashley attended the Palo Pinto Cowboy Church.

Survivors include two sons, Carson Kevin Altum and Branson Charles Altum of Graford; her parents, Doug and Rhonda Jones of Lipan; brother, Kevin Jones of Granbury; her fiancé, Bray Chambles of Archer City; grandparents, Betty Jones and Nolan and Glenda Sonnenburg all of Burleson; bonus kids, Cassidy, Reece, Tagan and Tripp Chambles all of Archer City, Dylan and Ethan Altum of Graford; and numerous aunts, uncles, cousins and friends. She was preceded in death by her grandfather, Theodore “Ted” Jones.